All things bright and beautiful ...

This is beauty, mechanified. With BMW's upcoming release of the new M3 (based on the E92 3-series coupe) comes a new engine. A beautiful, V8-style engine. With 420hp and 295ft-lbs of torque, at an extremely rev-happy 8300rpm. 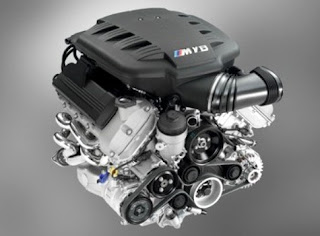 Alright ... honestly, I'll never be able to afford one ... family/friend discount or no. But I guess it's more achievable than the M6.

Folding at Home:
So a while back, somebody from Sony mentioned that nobody would ever be able to take full advantage of the PS3's capabilities (reference missing). I'm happy to see that molecular biologists are at least giving it the college try (pun intended). Stanford University's protein folding research team is utilizing PS3's to create computer models of the 3D modeling of proteins, which is absolutely brilliant. Since folding is, essentially, responsible for a good portion of the protein's ability to do it's job, knowledge of the act is great for all things molecular bio.

Eat that, Penguins!
Well, that was actually uncalled for. I tend to cheer for the Penguins, resulting from many childhood years of being a Lemieux fan, and the whole "underdog" thing. Plus, if all of their young superstars mature into decent journeymen players, it's best to be on the bandwagon early, so you don't look too foolish when they're rocking their way through the 2010-style NHL.
Fact is, the Penguins and Senators are in a dead heat for 4th in the East (yeah, it's not a do-or-die, but it's a good race). And I'm all for the Sens, who tonight beat up, solidly, on the Panthers (I wonder if Belfour had a chance to go all Ron Hextal on anybody before he was pulled in the 2nd?). Combine that with a Penguins loss to the Isle, and we have Ottawa up by 2 points, while Pittsburgh has the game in hand.
And on another hockey note ... why all the press about Bertuzzi coming back? He's a 2nd rate player (at best), who happened to have a decent season. It was a fluke. It won't happen EVER again. For once, I'll actually commend Nonis for doing something intelligent. It won't happen again, I promise.