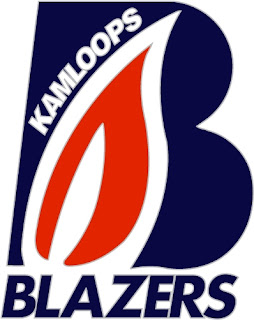 I've been pleasantly surprised with the way Kamloops has been playing this season. After attending nearly every home game over the past couple of years (thanks to the generosity of a boss with season tix), I was used to seeing the unenthusiastic play typical of a club with a fan base born in the Depression era. But this season, the seemed to have a new fire (no pun intended). Nobody on the team is outstanding as an individual (there's no Iginla, Tucker or Nash), but as a team, they seem to click. So, after going .597 during the regular season, and finishing 2nd in the BC Division (behind the powerhouse Vancouver Giants), I expected big things in the playoffs. Maybe that will still happen, but they managed to lose game one to the "meh" Prince George Cougars by a 3-2 overtime margin.

Game 2 goes tonight at 7pm PST, and I'll be watching (not literally ... it's not televised) for a strong effort by a team that has the ability to bring some pride back to the Kamloops hockey scene.

UPDATE:
Alright ... another game, another OT loss by the Blazers. The games are close enough ... as was the regular season. So I'm sure the Blaze will come up cherries in no time. To be fair, Chilliwack beat Vancouver by 2 this evening. Upset central.

Dean Clark is a close family friend and I grew up watching the Blazers during their hay-day. Neidermeir, Iginla, Tucker (booo), Hirsch, amongst others. I can't wait for the Cougars to come back to Vic so I can watch Blazer games again.